The truth of what’s been going on in my business

In my last blog post I opened up a can of worms, chronicling about the Dark Night of the Business Soul.

Today, though, I want to share with you about my own journey…

It started a couple of years ago. I had hit the point of success in my business that I had always wanted.

I had accomplished what I set out to accomplish and it was good… but something was off. Something was missing and I couldn’t put my finger on it.

Despite my success, I wasn’t truly happy. And those sneaky little thoughts crept in:

“It wasn’t supposed to feel this way”

I had everything that I wanted from my business – an amazing team, good money and plenty of free time. And I was feeling this way?

It didn’t make any sense and I felt guilty for it.

“Other people would kill for this and I’m feeling this way?”

So, I did what I had always done – keep pushing. Keep working. Put my nose to the grindstone and work to make it happen.

New programs. More launches. I worked hard to avoid that undercurrent of discontent that was brewing… but I could always feel it there.

Then about a year ago I hit a wall.

I remember waking up one morning and I simply didn’t have it in me anymore to keep pushing. I couldn’t keep going the way I had been going. The tank was empty and I was done.

I had hit a spiritual burnout, and I could no longer avoid it.

So I did the only thing I could think of – I paused.

I paused and took a look at my business. I got real about what was working and not working.

The truth was, I felt like I was carrying the weight of the world on my shoulders.

I was doing work that I no longer wanted to be doing, and because everyone else wanted it from me, I kept doing it! I kept offering the same programs over and again, even though I was secretly SOOO tired of doing them.

And then guilt kicked in again…

I felt like wanting more – wanting something else – was a betrayal to my clients and to my team. That I was being selfish and greedy. That something was wrong with me because I couldn’t seem to be happy with what I had worked so hard to create.

But one day it dawned on me that it was actually a betrayal to myself to keep ignoring this desire.

The longer I tried to force myself to stay where I was the more I struggled – I had outgrown my original sense of purpose and it was time to accept it.

Decisions that meant the end of working relationships with treasured team members – people who I adored and had worked with for years.

Decisions that meant the end of offering programs that I had offered for years – that were a part of my livelihood and income.

Decisions that meant I couldn’t keep hiding in the ‘safety’ of the success I had created already – and that I would need to stretch and grow as a leader.

And the hardest part? I had no idea what was coming next. I knew I had to let go but I didn’t know what to do then! <– THIS is hard for a control freak like me.

I was terrified to do it, but I let go. I cleared the decks.

And much to my surprise, for the first time in years I felt FREE. I felt like I was able to breathe.

The very thing I had fought to avoid had happened, and instead of feeling terrified I could feel my motivation returning. I could feel myself waking up again. I was actually excited again after YEARS of feeling blah.

“Honor the space between no longer and not yet.” ~ Nancy Levin

I made a commitment to myself to stay in this space – this space of curiosity and uncertainty. The space where magic happens – where we are connected to the power that is so much greater than we are alone.

It was a space I had once been familiar with, and had lost touch with over the years.

To take care of everyone else. To do what I was “supposed to” do. To sacrifice what’s best for me so I wouldn’t let others down.

I had spent years feeling like I had to do it all alone, and I couldn’t see the cost of the burden I was carrying until I let it go.

It was the cost of my spirit, being slowly chipped away by the weight of my own expectations and fears.

I stopped fighting and surrendered myself to the process and finally – after 2 years – I could see the light at the end of the tunnel. When I tapped into the truth of my calling it became clear that I experienced all of this struggle for a purpose. My own journey through the dark night of the business soul was necessary so I could help other women do the same.

I know how to help women hear and recognize their calling. To help them see the truth they are meant to express through their business. (I can also see when someone is trying to avoid their truth because I did the same for so long!)

I know how to create amazing support. I’ve been teaching women for years already how to create a team who truly cares about you and your vision, and who wants to support you at the highest level.

I know what it feels like to carry the weight of a success you aren’t sure you want anymore – and how challenging it is to even consider making changes! Let alone knowing how to navigate those changes without throwing yourself into major chaos or financial crisis.

I know all of these things simply because I’ve lived them.

I also know how hard it was to feel like I had to do it all alone. It wasn’t until I started asking for support that I was finally able to find my way through my dark night of the business soul.

I’m here to help other women on this same path.

I am putting together a small group of women who are going through this to help them birth what is next. If this speaks to you and you are ready to get support with a group of like-minded women then let’s talk.

Simply click here to share a little bit about yourself and we’ll be in touch to set up a 1:1 private conversation. 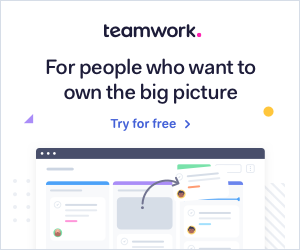